I am ready to declare that the job market has turned around. According to the Bureau of Labor Statistics (BLS) the number of employed persons in the U.S. hit the low point in December of 2009 at just over 138 million. Two years before that, in November of 2007 the number employed peaked at 146.6 million. In December of 2013 we are back up to 144.6 million employed. Since 2007, the total labor force has grown by over 1 million, so we still have over 10 million unemployed compared to 7.2 million back at the peak. Nevertheless, we’ve dropped way down from the 15 million unemployed at the end of 2009.

Historically, most economists have figured that a 4% unemployment rate is about the best we can expect. Given the current workforce, that would say that even in good times we can expect around 6 million to be unemployed. Some would argue that with the structural changes in our economy, the “core” rate of unemployment is probably even higher. Some would also say that “the numbers” are skewed because a lot of people have dropped out of the workforce. I’ll leave that to political debate. But, the fact is that we are not going to have zero unemployment. Some millions of people are going to be unemployed at any point in time whether they are counted or not.

In April 2007, job openings peaked at 4.9 million. By December of 2009, that number was down to 2.2 million. In October 2013, we were back up to 4.2 million. Given that we still have almost 3 million more unemployed people than we did back in 2007, it begs the question: Why do we have 4.2 million unfilled jobs? There are a lot of reasons, each of them worthy of a book or two. But the three major factors are the skills gap (people are not qualified for the jobs that are available), the location gap (people don’t live where the jobs are and cannot or will not move), and lastly the motivation gap (people don’t want the jobs that are available.)

So we are seeing job growth, declining unemployment and a significant portion of the unemployed work force that is unqualified, unable or unwilling to accept available jobs. What does this mean if you are a qualified, able and willing candidate? Now is the time to leverage your career. If you have been hiding under the covers since the ‘08-‘09 downturn, it’s time to step up. The opportunities are out there.

What does this mean for employers? You better get serious about retaining your good people. They are either starting to look around or they are getting calls. If you are looking to hire people, especially for key roles where experience, skills and qualifications are critical; be prepared to move quickly and decisively when you find talent. Don’t expect multiple candidates, don’t expect candidates to wait and don’t expect candidates to accept low-ball offers.

And what does this mean for headhunters? Make hay while the sun shines. Headhunters cannot afford to wait on candidates or employers to figure out what they are going to do. He who hesitates is lost. Time to get on board. 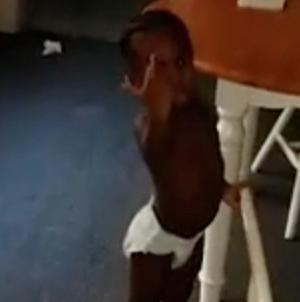