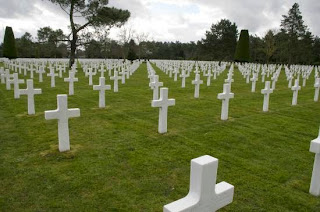 My 2015 predictions are already off to a rocky start with oil prices falling below my $50 prediction only a few days after I went out on that limb. So I hesitate to make more predictions, but the big questions are out there and many are likely to be answered this year. Those “big questions” include:

_1 How will the civilized world deal with radical Islam? It would appear that perhaps we’ve finally reached the point of “enough is enough”. But what does that mean and how does it translate into action? We’ve run out of time. 2015 is the year of decision.

_2 What is the future of Obamacare? Supreme Court decisions may answer that question. If the Affordable Care Act goes back to the drawing board, it is likely dead. Then what?

_3 What happens with Immigration Reform? The status quo is unsustainable. So something is likely to pass this year. It’s another one of those “we’ve run out of time” issues.

_4 What directions are to be taken by our two major political parties? Both realize that they have to move back toward the center. They cannot wait until 2016 to make those moves. 2016 may end up being the year that goes down in the history books as one of “moderation” in politics, but the seeds will be planted in 2015.

_5 What will be the final answer on Gay Marriage? The Supreme Court has agreed to hear cases on this issue. Instead of silence, they will speak. I said that I am hesitant to make further predictions, but I predict that they will rule against those states who have banned gay marriage. Conservatives will scream, but conservative politicians will be glad that this one is finally settled.

_6 Where will energy prices go? This is a huge question. In the short-run, cheaper energy helps our economy. But in the long-run if prices are so low that foreign producers regain market share and domestic production capacity goes into decline; the balance of power shifts further to those who control our energy supply.

_7 Will we invest in our future? Infrastructure and education in this country are broken. It’s probably a reach to think that both areas will be addressed in 2015, but we really are running out of time here. I think there is bi-partisan support for doing something on infrastructure. And the Obama administration’s proposal to offer “free” community college education opportunities is worthy of discussion and is likely to receive a lot of support from business and industry.

Certainly there are a thousand, million other questions and some of them are near the top of the list. Global warming, race relations, the Federal deficit, the tax code, whether or not college athletes in major sports should be paid and is it really “all about that bass”? And, no doubt, something will happened that elevates some other question to the top of the list of potential game changers. However it turns out, 2015 is likely to be one of those unforgettable years.


Why do we never get an answer
When we're knocking at the door?
With a thousand million questions
About hate and death and war.

It's where we stop and look around us
There is nothing that we need.
In a world of persecution
That is burning in its greed.