I am a great eater of beef and I believe that does harm to my wit. - Sir Andrew, Shakespeare character from "The Twelfth Night"

At some point in this planet’s distant evolutionary past, our ancestors decided to start eating meat. What motivated these herbivores to become omnivores? Some scientists point to climate change. As rains became less abundant, so did edible vegetation. Hungry people will look for options, even to the point of eating their own. But, before one eats their own, one will generally opt for other meat dishes. So our ancestors figured it out. Maybe they started with fish or birds or reptiles. Then someone discovered grilled mammalian tenderloin and the rest is history.

Scientists also think that the decision to eat animal protein was a key to the development of the modern human species. Those hominids who maintained plant-only diets remained ape-like creatures and eventually became extinct. Some of their cousins did survive on plants alone, but remain to this day, just apes. Those who ate meat flourished. The meat-eaters' began to stand more upright, their brains got larger and they changed the world.

Some creationists who have a literal interpretation of the Genesis story, would say that in the beginning Adam and Eve were herbivores as were all animals. It was after The Fall that some animals, including humans, starting eating other animals. And those sinful meat-eaters went on to build the world as we know it, for better or worse.

However we got here, the point is that we’ve been eating meat for a long time. Even so, most of our religions advise against eating too much meat and at times to eat none at all. And there are rules about slaughtering animals and preparing the meat. Modern science is pretty much in agreement, warning us not to eat so much meat. And the sacred ways of killing and eating animals have also been shown to be healthier for consumers, not to mentioned less inhumane for the consumed.

Now we have reached yet another crossroads on the journey of human evolution. We can have meat, or something close to it, without killing animals. Just use a few stem cells from the animal and build a “herd” in 15 days. This lab-grown Frankenstein-like creation is supposedly just like the real stuff (only different). Proponents of this “new meat” revolution claim it will result in better, cleaner, more affordable protein for more people while making a significant contribution in our battle to save the planet from global warming.

Better, cleaner, cheaper and save the world…pretty hard to argue against that. However, I have my doubts. No question, "Franken-meat" will capture some portion of the market. But, I think not that much. More people are limiting their consumption of meat, especially red meat. People are also looking for healthier, organic or grass-fed sources of animal protein. But when they do eat meat, they want the real deal, not "Franken-meat".

So wild speculation predicting a 50% reduction in beef, pork and poultry consumption by 2050 is way off the mark in my opinion. If this is indeed part of an evolutionary process, I figure we are thousands of years away from becoming a people that doesn’t like a good steak now and then, or barbecue brisket or a rack of ribs. And, if over that time the planet warms to the point where my place in North Texas becomes ocean front property, I hope that whoever is living here will remember and honor those of us who made it all possible. 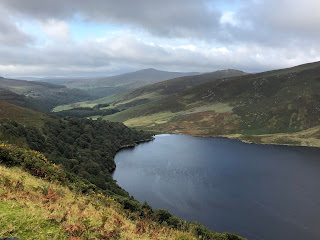 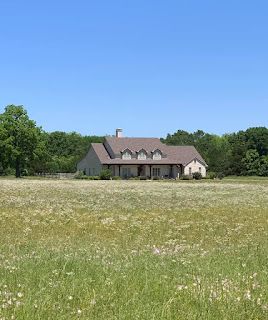