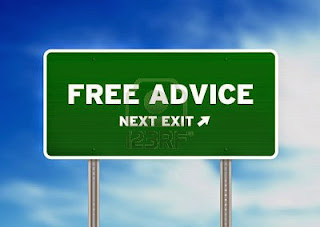 
Unless you’ve been living under a rock, you know that college and professional athletes having been making the headlines for beating up on women. One of those even struck close to home when a Texas Tech football player punched a woman in a pick-up basketball game. That this woman was a scholarship player on the Lady Raiders basketball team and was knocking the boys around pretty good, resulted in both athletes being penalized with partial season suspensions. But, the fact remains that an angry young man punched a woman in the face. Inexcusable.

So what’s up with all the violence against women? First of all, it’s nothing new. Secondly, it gets more publicity than it used to. And third, it probably is happening more often than it used to. Men have been hitting women forever. It’s a terrible fact of life on planet earth. I can honestly say that by the grace of God I did not grow up around it. Women were pretty much put on a pedestal and treated with respect on both sides of my family. Unfortunately, I haven’t always upheld those values and confess that I’ve done my share of verbal and emotional abusing. And that can be just as bad, if not worse, than physical abuse. But, I’ve never hit a woman.

That some families have a history of physical abuse is well documented. And it’s not uncommon for the kids to get beat up just as badly as their mothers. It’s a cycle and when young men get the message that hitting a woman is what men do and that somehow it works; then those young men are inclined to hit women. In a culture that openly and without sanction calls women “bitches” and “whores”, violence against women flows naturally.

And in a society that values money, sex and power over all else; many women find themselves riding on mans most sensitive nerve. And I don’t mean the one between his legs. I mean the one between his ears and its name is EGO. The male ego is powerful. It can drive men to do great things and it can drive men to do terrible things. It is no surprise that high profile male athletes are often involved in violent acts. And not just against women. Money, sex, power and EGO. The stuff that drives a man to push himself to the limits to succeed on the field can lead to bad things off the field. Especially when mixed with drugs and alcohol.

At the end of the day, guys hit girls for the same reasons that people use and abuse other people in a variety of ways. It’s the fallen human condition. Who’s worse? The pro football player who knocks out his fiancé and drags her off an elevator or the corporate executive who decides that it’s ok to allow kids in sweat shops to make his company’s merchandise? Who’s worse? The college athletes who take advantage of a drunken, passed-out coed or the middle-aged, family man who after tucking his kids into bed sits in the dark looking at pornographic images of young women on his laptop?

But first things first. Guys don’t hit girls. Period, end of discussion. From there, perhaps we can go to work on the deeper problems.


“The Roots of Violence: Wealth without work, Pleasure without conscience, Knowledge without character, Commerce without morality, Science without humanity, Worship without sacrifice, Politics without principles." - Gandhi