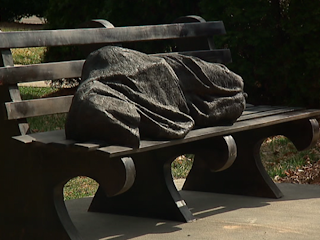 
I read an article this week about Global Cooling. It was written by Keith Schaefer, Editor/Publisher, www.oilandgas-investments.com and titled “Global COOLING – The Real Inconvenient Truth, Part 1.” I must say that Part 1 left me looking forward to Parts 2 and 3. It also led to me look up some other reports regarding the subject of Global Cooling. There’s a lot out there on both sides of the argument. I’m not sure what to believe, but the Global Cooling arguments are starting to make a lot of sense to me. In addition to Schaefer’s recent article, I would also recommend one written last year in Forbes magazine by Peter Ferrara, “To The Horror of Global Warming Alarmists, Global Cooling Is Here”,(http://www.forbes.com/sites/peterferrara/2013/05/26/to-the-horror-of-global-warming-alarmists-global-cooling-is-here/).

If forced to pick a side in the debate, I come down on the side of Global Cooling. Do I think human activity is having an impact on the earth’s environment? Yes, of course. But compared to the impact of ocean temperature cycles and sun spots, we are just a blip on the map of climate change history. When one reads the reports and reviews the data, it makes some sense that we are heading for a period of significant global cooling. After providing a summary of warming and cooling periods since the Middle Ages, Schaefer makes the following observations about more recent temperatures:

1. Temps continued to fall from 1953 until the mid-1970s – despite rising CO2 levels. This was during the single most industrializing time on earth—and temperatures fell while CO2 levels rose.

2. Another point: if CO2 emissions cause global warming the layer of the atmosphere 5 to 10 km (3-6 miles) above the earth where CO2 interacts with sunlight should be warming more quickly than the earth’s surface. In fact, temperatures at these levels have been unchanged since accurate balloon measurements became available 50 years ago.

3. There has been a large outcry about the decline of Arctic Ice. While Arctic sea ice extent is just above average levels, Arctic sea ice is near record thickness: the volume of ice in the Arctic last fall was 50% higher than 12 months prior, following a very cold summer in 2013 in which temps climbed above freezing only 45 days compared to an average of 90 days. I bet you didn’t read about that.

4. There’s a lot of ice at the other end of the globe too. In eight of the last ten years global sea ice extent has bested the 30-year average, aided by an Antarctic sheet that in October hit its highest extent since record keeping started in 1979.

5. The Northern Hemisphere had its second, third, and fourth highest snow extents on modern record in 2010, 2011, and 2013. In the United States 2013 brought the largest year-over-year drop in temperature on record and the winter is on track to be labeled the third coldest in 200 years.

Evidence of this cooling is everywhere – even if politicians and the media try to pretend it isn’t. Of course, the media has short memories. Only 40 years ago, in mid-1974 Time magazine ran a cover story entitled “Another Ice Age?” noting a 12% increase in New Hampshire snow cover in 30 years.

And then there is this from the Ferrara article:

Those ocean temperature cycles, and the continued recovery from the Little Ice Age, are primarily why global temperatures rose from 1915 until 1945, when CO2 emissions were much lower than in recent years. The change to a cold ocean temperature cycle, primarily the PDO, is the main reason that global temperatures declined from 1945 until the late 1970s, despite the soaring CO2 emissions during that time from the postwar industrialization spreading across the globe.

The 20 to 30 year ocean temperature cycles turned back to warm from the late 1970s until the late 1990s, which is the primary reason that global temperatures warmed during this period. But that warming ended 15 years ago, and global temperatures have stopped increasing since then, if not actually cooled, even though global CO2 emissions have soared over this period. As The Economist magazine reported in March, “The world added roughly 100 billion tonnes of carbon to the atmosphere between 2000 and 2010. That is about a quarter of all the CO2 put there by humanity since 1750.” Yet, still no warming during that time. That is because the CO2 greenhouse effect is weak and marginal compared to natural causes of global temperature changes.

At first the current stall out of global warming was due to the ocean cycles turning back to cold. But something much more ominous has developed over this period. Sunspots run in 11 year short term cycles, with longer cyclical trends of 90 and even 200 years. The number of sunspots declined substantially in the last 11 year cycle, after flattening out over the previous 20 years. But in the current cycle, sunspot activity has collapsed. NASA’s Science News report for January 8, 2013 states:

“Indeed, the sun could be on the threshold of a mini-Maunder event right now. Ongoing Solar Cycle 24 [the current short term 11 year cycle] is the weakest in more than 50 years. Moreover, there is (controversial) evidence of a long-term weakening trend in the magnetic field strength of sunspots. Matt Penn and William Livingston of the National Solar Observatory predict that by the time Solar Cycle 25 arrives, magnetic fields on the sun will be so weak that few if any sunspots will be formed. Independent lines of research involving helioseismology and surface polar fields tend to support their conclusion.”


And if you have 75 minutes to invest in the subject, the documentary "The Great Global Warming Swindle" is an eye-opener.
http://www.youtube.com/watch?v=YtevF4B4RtQ&feature=player_detailpage

Perhaps I am being overly influenced by the winter of 2013-2014 here in North America. While we experienced one of the worst winters in recent memory, other parts of the Northern Hemisphere had record warmth and little moisture. There are plenty of data points from the last 50 years that point toward global warming. But I am inclined to believe that something else is going on over time that has gone on before. Our lives are short and we view our time here as special. As our scientific knowledge grows, we come to believe that we know cause and effect. And knowing cause and effect, we should be able to find solutions. Or can we? If today’s climate is too hot or too dry and we can’t fix it, where does that leave us? And if over the next 150 years the winters get longer and colder and humans can’t fix that either; perhaps they will just blame us for going too green, too soon.