Ghosting: The act of suddenly ceasing all communication with someone. This is done in hopes that the ghostee will just "get the hint" and leave the subject alone, as opposed to the subject simply telling them he/she is no longer interested. (From the Urban Dictionary.)

Now it’s found its way into the business community, especially in the triangulated communication between employers, job seekers and search firms. Let’s be clear on what qualifies as ghosting. If you are a job seeker and you submit your resume to company or a search firm and you do not get a confirmation response of some sort, that is not ghosting. It’s not very professional and reflects poorly on the recipient of your resume, but it’s not ghosting. By the same token, if a recruiter calls or texts or emails you and you do not respond, that is not ghosting. You may have just missed out on the opportunity of a lifetime (probably not) or the chance to build a relationship with someone who might eventually bring you the opportunity of a lifetime; but it’s not ghosting.

Ghosting looks more like this. You have a conversation with a recruiter and express interest in further discussion about new career opportunities. You say that you will get back to the recruiter with some days and times that would work for that next conversation. You might even commit to send a resume. And then you vanish. The recruiter calls you, emails you, texts you and gets nothing back. That is ghosting. However, if you are a candidate whose skills and experience are in big demand, you can get away with it and the recruiters will keep coming back. Or when the day comes when you’re finally ready to grace that recruiter with your time and attention, they will come running…because they see money. It’s just business.

But when the day comes, and it comes eventually for everyone, when those skills and experience are not so highly valued; the recruiters may not come running like they used to. Maybe you’ve had a few too many jobs or got fired or the company you’ve been working for has developed a really bad reputation or maybe it’s just that your career clock is ticking down. When that day comes, you don’t want to be remembered by recruiters as a ghost.

The flip side of the ghost story and one that gets more hits on social media, are the recruiters who don’t communicate with candidates. I’ll talk about those ghosts next time. 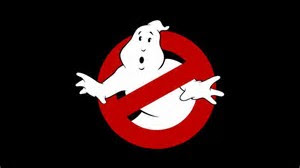