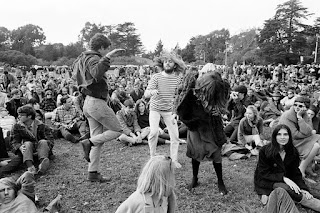 I am part of the Baby Boomer Generation.  The children of the Greatest Generation.  The Baby Boomers grew up during what has been called the Golden Age of America.  After The Depression and World War II, America emerged as the dominant world power.  The 50s and 60s were times of progress, prosperity and promise; certainly for white folks at any rate.  We stopped briefly to protest in the late 60’s.  The 70’s were a bit of a rough patch.  But then we caught the next big wave of the 80’s and 90’s.  And many of us ended up living very well….still do.

So what’s wrong with that?  Maybe nothing or maybe everything.  But what is clear is that we Baby Boomers were the First Spoiled Generation.  And that has had enormous consequences for this nation.   Our children became the First Generation begat by Spoiled Parents.  That circle of indulgence and entitlement, once begun, remains unbroken and grows ever wider.  What we are experiencing in 2022 goes back to that First Spoiled Generation of Baby Boomers.

It's interesting to watch Baby Boomers try and find the reset button.  We think if we can sound and act like our parents and grandparents, then maybe it’s not too late to set things right.  Once upon a time Billy Joel sang “We Didn’t Start The Fire”.  And he might have been right.  But we darn sure poured gasoline on it.  We didn’t destroy the foundations and cornerstones of our society, we just ignored them.  We even celebrated that ignorance and neglect with our music and our movies.

Aging Baby Boomers now talk about God and Faith and Family Values as if we were the last upholders of moral virtue.  But we know the truth.  We just don’t like to admit it.  We opened a Pandora’s box of sexual liberation, drugs and materialism.  Divorce rates skyrocketed.  Addictive behaviors got worse.  Too many of our kids and grandkids struggle with mental and physical health issues.   We grew to enjoy raw sex and graphic violence in our entertainment.  So we got more and more of it.  And now that there are lines being crossed which we could never have imagined; we self-righteously object and demand a return to those good old family values.

Boomers are angry.  But more than angry they are scared.  We know that we have sown the wind and are now reaping the whirlwind.  America would look much different today if we Baby Boomers had been faithful to God and Family.  It’s now up to the younger generation to find the way.  The best thing Baby Boomers can do is confess our sins and stop preaching. We’ve done enough already.

"Teach your children well. Their father's hell will slowly go by.  And feed them on your dreams, the ones they picked, the ones you'll know by." - Crosby, Stills, Nash & Young (written by Jeff Healey)