I never thought much about getting a concealed handgun license (CHL). It just seemed like a lot of trouble. I know folks who have their CHL and they feel pretty good about it. I have guns in the house and in Texas you can carry a handgun in your vehicle even without a license. So I could not think of too many situations where carrying a concealed handgun would be all that necessary for me. And, I remember that football player, Plaxico Burress, who shot himself in the leg with his concealed handgun. That would be about my luck.

So I was not planning on getting my CHL until my wife decided that she wanted to start carrying a handgun. Arming my wife may not be the smartest thing I’ve ever done, but she pretty much had her mind made up. Some of her friends starting “packing” and so now it’s a “thing”. Initially I was just going to help her pick out a concealed carry gun and let her be my bodyguard. But, the guys at the range shamed me into getting a CHL. They are a tough crowd.

My wife picked out a little Glock 42, 380 caliber and she’s pretty good with it. She’s shot my guns and she’s not afraid of them. I went "new" old school and bought a little snub-nose revolver. But it is the latest super lightweight Ruger LCR 9MM and it fits in my pants pocket. It will get the job done. But I get to thinking about ol’ Plaxico and I’m not sure that I want to carry a gun in my pocket or anywhere else where it might shoot me and ask questions later.

We both passed our tests. My wife actually shot quite well and will now be armed just like the rest of her friends. The Galleria is safe. Bad guys beware. Texas women…big hair, big purses, big bang. 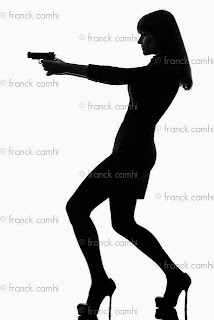